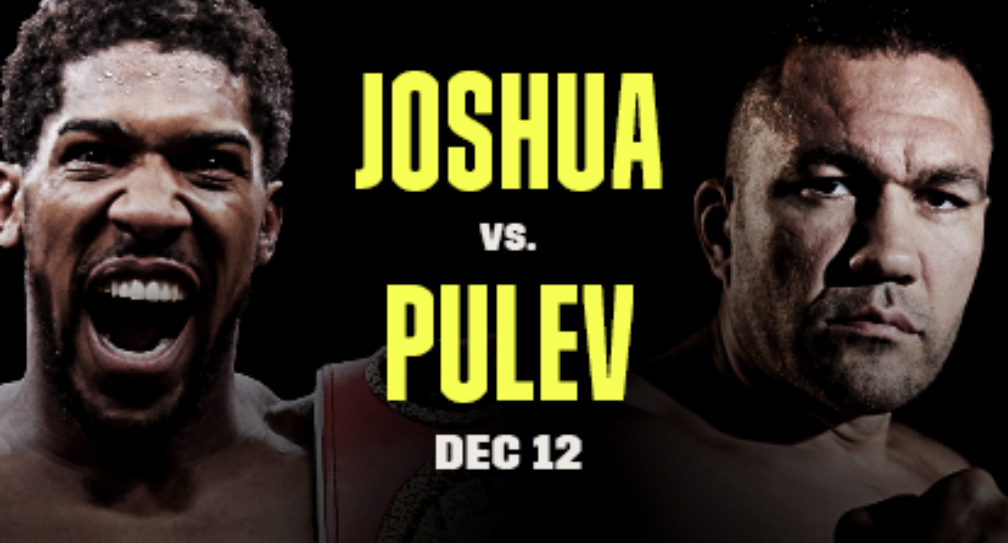 Unified Heavyweight Champion of the World Anthony Joshua OBE will defend his IBF, WBA, WBO and IBO World Titles against Mandatory Challenger Kubrat Pulev at The O2 in London on Saturday December 12, live on DAZN.

Joshua (23-1, 21 KOs) recaptured his belts and position as the Unified Heavyweight World Champion with a masterful unanimous decision victory over Andy Ruiz Jr at the Diriyah Arena in Saudi Arabia on an historical night in December that saw the Heavyweight World Titles contested for the very first time in the Middle East.

December 12 will be ‘AJ’s’ first fight on UK soil in over two years, since he defended his crowns with a devastating seventh round knockout of Russia’s Alexander Povetkin at Wembley Stadium, and the former Finchley ABC man will be aiming to deal with Pulev in style to set up an Undisputed showdown against WBC Champion and fellow Brit Tyson Fury in 2021.

Pulev (28-1, 14 KOs), the IBF’s No.1-ranked Heavyweight Mandatory Challenger, gets his second shot at World honours after his defeat to modern legend Wladimir Klitschko in 2014 – the only loss of his 29-fight professional career. He has won eight fights in a row since then, including victories over Derek Chisora and an IBF Eliminator win over Hughie Fury in 2018.

The Bulgarian superstar was set to challenge Joshua at Cardiff’s Principality Stadium in October 2017 but was forced to withdraw through an injury and will now get his opportunity to ruin the champion’s plans to face Fury in an all-British blockbuster showdown in the future.