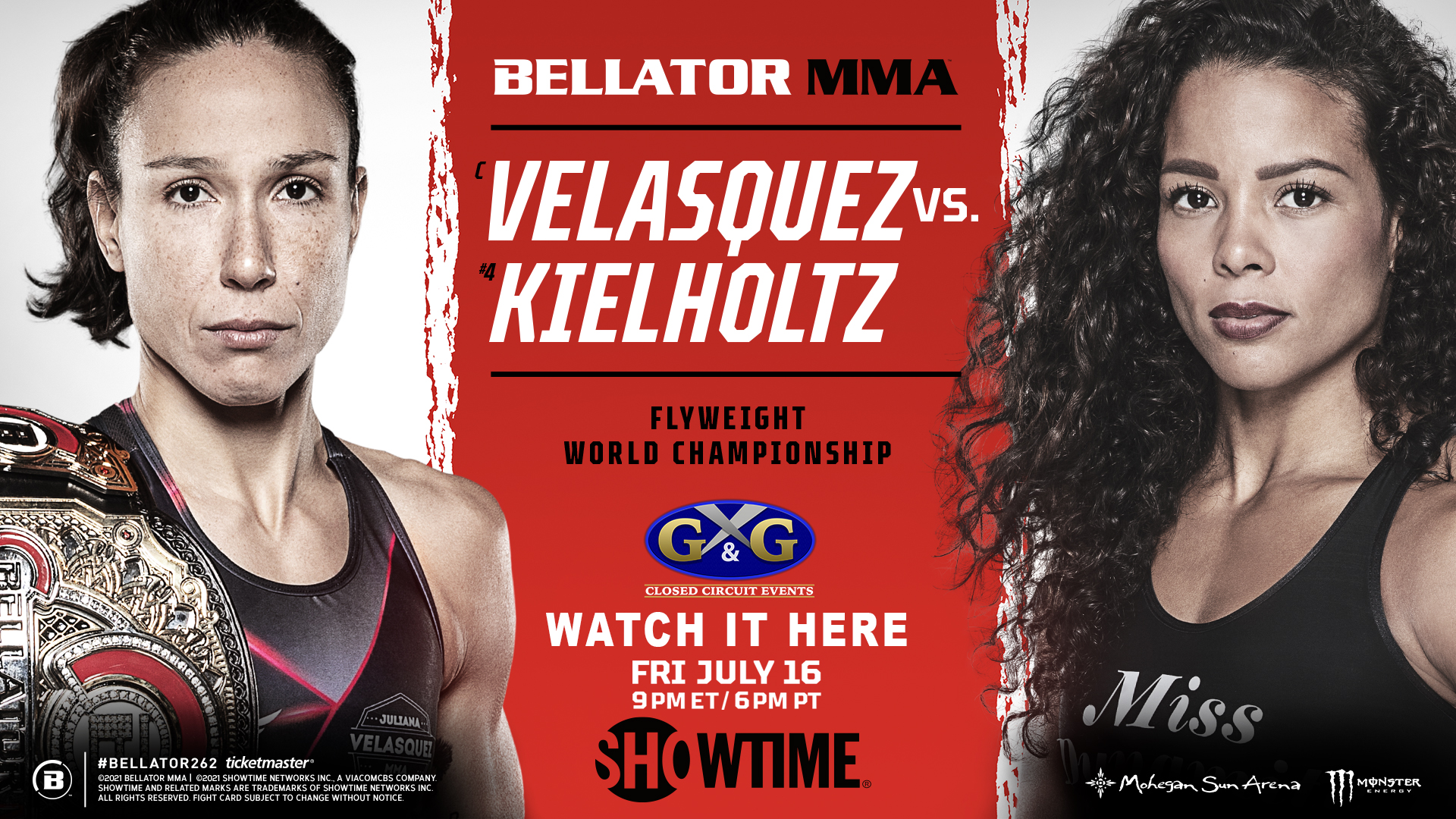 Hailing from Rio de Janeiro, Brazil, the 34-year-old Velasquez makes the first defense of her flyweight title since dethroning inaugural champion Ilima-Lei Macfarlane at BELLATOR 254 in December of last year. Sitting in the No. 2 slot on the BELLATOR women's pound-for-pound rankings, Velasquez is a former Brazilian national champion in judo, a martial arts discipline she began training at age four. The Team Nogueira product has been a dominant force throughout her unblemished 11-fight professional career, including six wins under the BELLATOR banner.

"I'm extremely excited and happy to get back in the BELLATOR cage and defend my title for the first time," said Velasquez. "I've been training really hard, and I'm fully prepared to put on an incredible performance for my fans. Denise has been a great champion in the BELLATOR kickboxing ring, but this MMA belt is mine and it will be going back to Brazil with me after the fight."

Already the reigning BELLATOR Kickboxing Flyweight World Champion, Kielholtz is looking to capture the promotion's MMA gold as well when she straps on the BELLATOR MMA gloves for the seventh time. The Dutch striking sensation, known to fans as "Miss Dynamite," is riding a four-fight MMA winning streak, including a first round knockout over former title challenger Kate Jackson at BELLATOR 247 last October. Much like her opponent, the 32-year-old Kielholtz holds a black belt in judo with multiple titles as a member of the Dutch National Judo Team.

"This is the moment I've been waiting for since I was a child," said Kielholtz. "My journey in martial arts started when I was nine years old. I have earned multiple championships from kickboxing and judo and I feel like the universe has put everything together. All the hard work, all the sacrifices I have made in my life have all led me to this opportunity. This will be the crowning achievement of my career. This is mine."