Mikey Garcia and Jessie Vargas don’t need a major title at fight to hold their matchup to the highest standards.

The February 29 clash between former multi-division titlists will be subject to full pre-fight random drug testing protocol, Voluntary Anti-Doping Agency (VADA) announced over the weekend. Both boxers have been regular participants in the program and—BoxingScene.com has learned—demanded such testing to be in place for their upcoming contest, which airs live on DAZN from The Ford Center at The Star in Frisco, Texas.

California’s Garcia (39-1, 30KOs) returns to the ring for the first time since dropping a lopsided 12-round decision to unbeaten welterweight titlist Errol Spence—who has since become a unified titlist—in the Fox Sports Pay-Per-View headliner last March. The 50-week layoff will be the longest since his celebrated ring return in July 2016, which came following a 2 ½ year ring absence after a lengthy legal battle with former promoter Top Rank. 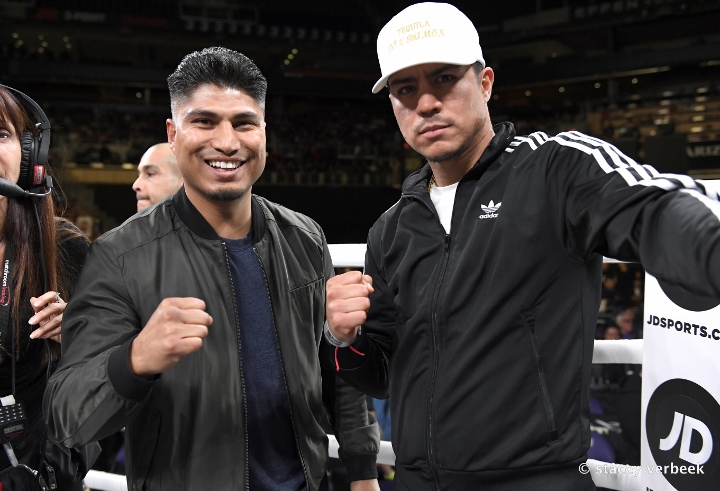 The six fights which followed for Garcia—a former four-division titlist—all came with Premier Boxing Champions (PBC) branding, to and through his pound-for-pound showdown with Spence which topped the inaugural edition of Fox Sports Pay-Per-View. His bout with Vargas will mark his debut on DAZN, signing a one-fight agreement after being in talks with the over-the-top (OTT) media service for roughly 18 months.

Vargas (29-2-2, 11KOs) fights for the third time on DAZN, helping launch the USA version of the OTT service in a 12-round draw with Thomas Dulorme in Oct. 2018. The Las Vegas native—who held title reigns in the 140- and 147-pound weight divisions—has since returned to the win column with a 6th round stoppage of former two-division titlist Humberto Soto last April. The bout was teased as Vargas’ foray into the junior middleweight division, entertaining a title fight with Jaime Munguia and a clash with former titlist Liam Smith, though with both bouts falling never advancing beyond the negotiating stage.

Instead came the decision to return to welterweight, a weight at which Garcia will return for the second straight time after having previously never fought above the 140-pound junior welterweight limit.

An incident-free lead-up to fight night will provide every indication their the road to both making weight will be a clear and clean path.