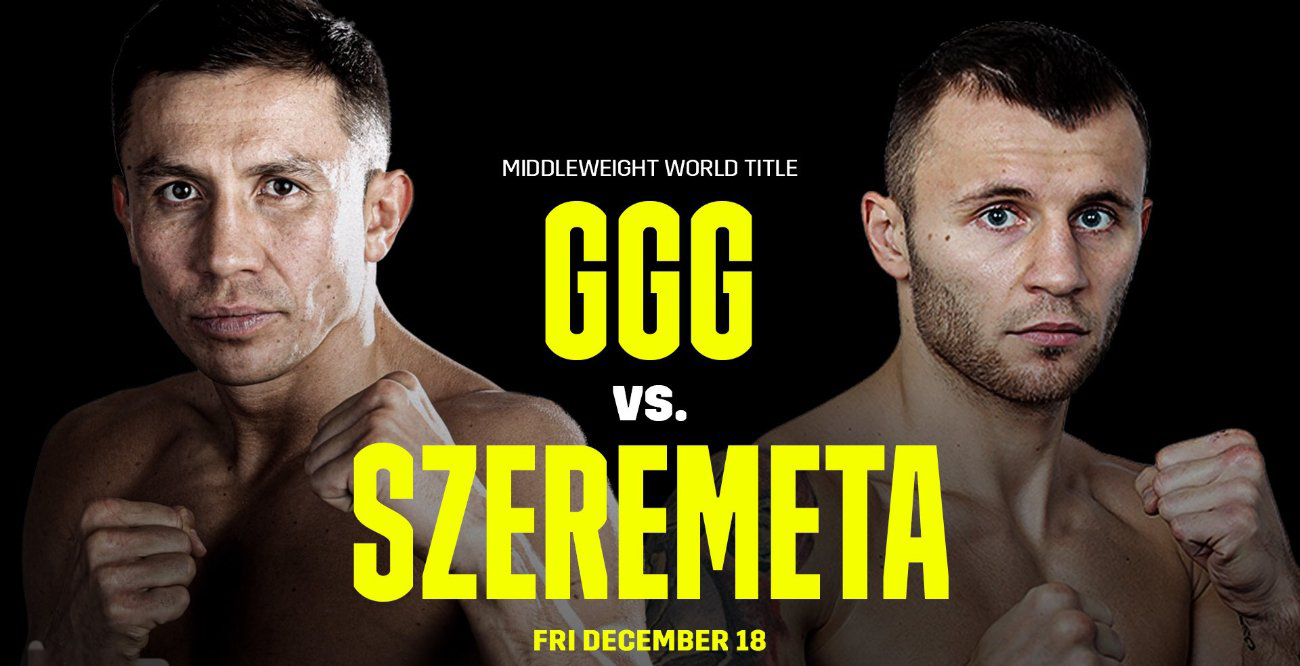 Boxing's middleweight titleholder is stepping back into the ring next month for the first time since October 2019.

Gennadiy Golovkin (40-1-1, 35 KOs) is putting his IBF and IBO belts up for grabs against Kamil Szeremeta (21-0, five KOs) on December 18 on DAZN. GGG will be searching for a record-breaking 21st title defense as Szeremeta looks to remain undefeated in his professional career.

The bout is being held at the Seminole Hard Rock Hotel & Casino in Hollywood, Florida.

Szeremeta was set to challenge Golovkin back in February but an injury delayed the event. The rescheduled date in March was later scrapped because of the coronavirus pandemic.

Golovkin last defeated Sergiy Derevyanchenko via unanimous decision to secure the IBF and IBO middleweight titles. It was the continuation of a new win streak for GGG, who knocked out Steve Rolls in four rounds nine months after losing his WBA and WBC middleweight titles to Canelo Alvarez in September 2018.

The majority decision for Alvarez marked the first loss of Golovkin's career after 38 professional bouts. Golovkin previously battled Alvarez to a split-decision draw in their first matchup a year earlier.

A victory against Szeremeta could trigger a trilogy fight between Alvarez and Golovkin, according to ESPN's Marc Raimondi.